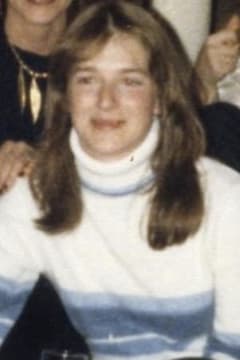 Our lives have forever changed with the passing of Betty Kidston (nee West) on January 8, 2023, at the Dartmouth General Hospital due to cancer.
Born in Halifax on June 28, 1954, Betty was the youngest daughter of Jack and Marie (Kilroy) West. She was social and funny, quick-witted and musical often getting together with her siblings and best “buddy” Julie, with whom she shared may laughs and great memories.
Diagnosed with M.S. over 40 years ago, Betty never let that stop her. In her younger years, she paddled for Senobe Boat Club and made many life long friends over that time. Betty was educated through the Dartmouth school system and worked at Scotia Bank and the Police “Billy” Club which suited her social personality well.
Betty is survived by her son, Matthew (Liz), siblings, Paul West (Joan), David West (Shirley), Jeannie Shortt, all of Dartmouth and Barb MacKenzie (George) of Truro. Grandsons, Nicholas, Jeremy, Tyler, Matthew and step-grandson, Anthony. Also survived by Rob Kidston, father of her sons as well as many nieces, nephews and special friends Jamie and Julie. Betty is predeceased by her parents, Jack and Marie, long time partner Bob Kennedy, son Adam, brother Peter, brother-in-law Ross Shortt and sister-in-law, Donna West.
We would like to thank the nurses and staff on 5 East at the Dartmouth General for their care and compassion.
Cremation has taken place and a family service will be held at a later date. Donations in Betty’s memory may be made to the M.S. Society of Nova Scotia or a charity of your choice.
“We will miss her so!”