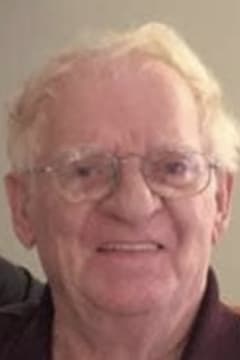 ﻿George “Ivan” Myers of Halifax passed away peacefully and quietly on Sunday, May 22, 2022.

George was a proud man from Prince Edward Island and the red dirt of the Island ran though his blood. George was a long time member of the Canadian Coast Guard serving as a Mechanical Engineer and retiring as an Officier. George spent many years on ice breakers going through Canada’s Arctic and was proud to have met Prime Minister Pierre Elliott Trudeau and Margaret Trudeau when they spent time on board his ship. George was certified as a commercial deep sea diver.

George married the love of his life Marie in 1964 and they spent almost 30 years together until Marie’s passing in 1993. Over the years George made many friends in Cape Breton and enjoyed his visits to the MacNeil property in Irish Vale always making time for berry picking.

George was very proud of his roots, his children Paul and Joanne and his grandchildren. He loved the time that he spent at the camp in Enfield and then the cottage in Hubbards but his heart always took him back home to PEI where he had lifelong friends and family. George was most at home in the country when he was able to go hunting and fishing

George never sat still for very long and enjoyed his morning coffee at the Halifax Shopping Centre with his friends. He was active at the Legion playing many card games and enjoying music and dances at seniors groups that he frequented. If there was an Ace to Chase he was there and enjoyed trips to the Casino.

He loved to travel enjoying trips to Florida, travelling through Atlantic Canada and visiting family in Ontario.

George had a positive attitude and lived a full life believing that if you got up in the morning and your name wasn’t in the obituary section of the paper then it was a good day and that you should get on with things.

He will be dearly missed by his children Paul (Emma) and Joanne who provided loving care to her dad in the last weeks of his life. He is also survived by his grandchildren Sarah, Anna, Brandon and Jacob

George was predeceased by his parents, Ernest and Alfreda, his wife, Marie (MacNeil) and sister Jean.