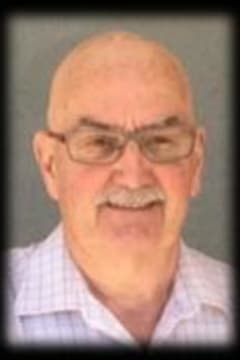 Ian Robert Morrison of Lower Sackville, Nova Scotia, passed away in Halifax on May 18th, 2022, at the age of 79.
Born June 16th, 1942, in Baddeck, Nova Scotia, he was the son of the late John Philip and Christine (MacLeod) Morrison.

He also leaves behind his brothers Donald and Kenton (Barbara) of Baddeck, along with his nieces and nephews. He was a stepfather to Terry (Crystal) Peverill, Rhonda (Rob) Wilson, and Colleen Peverill Nielsen and step grandfather to Colin and Shane Peverill, Tylen and Jayden Wilson, and Shaye and Brady Nielsen.

Ian was pre-deceased by his parents as well as his brother Sheldon and infant sister Julia.

Ian’s early years were spent in Baddeck. After graduating from Northeast Broadcasting School in Boston in 1962, Ian travelled the Maritimes working at radio stations and newspapers in Nova Scotia and New Brunswick in a variety of roles. He moved so much in those early years, each of his 5 children were born in different towns. After finally settling in the Halifax area in 1971, he worked in radio news before taking a role at the NS Government Dept of Communications.

In 1980, Ian joined ATV News as an on-air reporter, where he was awarded the 1981 Atlantic Journalism Award in the field of TV reporting – Spot News. He then moved behind the scenes as producer, assistant news director and executive producer. But his best known role was the foil to Santa Claus and Steve Murphy as the original Scrooge on the annual ATV Christmas Daddies telethon. In 2000 Ian embarked on a new adventure when he moved to Southern Ontario, finding new challenges as an executive producer for ONto News (Hamilton) and assistant news director for A channel (London) before retiring and returning home to Nova Scotia, But even retirement brought more challenges in Ian’s chosen profession. He was able to enjoy consulting work with Eastlink and Global News well into his 70’s. And his love of radio and country music brought him into contact with like minded friends. He was one of the original volunteers who worked to bring about what would eventually become 97.5 CIOE-FM, Community Radio in Lower Sackville. Once on the air, he assisted as an on-air host, program producer and technical consultant.

Ian enjoyed sailing and spent many happy hours sailing the Northumberland Strait and Bras D’or Lakes. Later in life, he enjoyed following the next generation of sailors as they documented their adventures for the world. And this spring, Ian loved to sit on the deck to watch as sailboats were placed back in the water at the RNSYS and set sail on the Northwest Arm.

His family will remember him every time they hear a Willie Nelson song, watch the boats sailing on the water and will continue to cheer on the Blue Jays for him.

The family would like to give special thanks to the wonderful staff of Hospice Halifax for their care and support during Ian’s final weeks.

Cremation has taken place and no public service or memorial is planned. A private ceremony will take place at a future date.
Donations in Ian’s memory can be made to Hospice Halifax, The QEII Foundation or Christmas Daddies. We invite you to share memories of Ian with the family on the funeral home website.