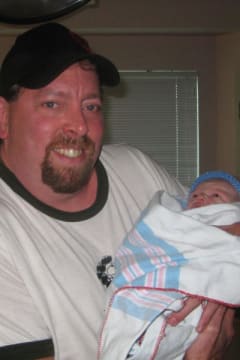 It is with broken hearts the family of Brian “Bobo” Thomas Anderson, 56 years old, announce his sudden and unexpected death the morning of December 11, 2020 while at home in Halifax. Brian was a father, grandfather, brother, uncle, nephew, cousin, closest confidant to a few and a good friend to all who knew him. He will be sadly missed.

Born in Halifax he was the son of the late Jean (nee Howell) and Helgie Anderson. Brian was an exceptionally special person who had a life that was remarkable.

He was born prematurely by almost four months at the Halifax Infirmary Hospital formerly located on Queen Street in Halifax. His parents were told his chances of survival were slim and were instructed to christen and baptize him post haste. Against all odds he survived his perilous start. After a long stay in incubator Baby Brian was able to leave hospital and go to the family home on Rosedale Avenue in Fairview. There Brian thrived with the love of his devoted parents and family.

Brian was a beautiful baby with his big blue eyes and golden red curls of hair. It was often remarked how cherub like his appearance was. He was a good baby too and life was good. It came as a shock when Brian’s parents learned he was profoundly deaf when he was around two years old.

Then began a long chapter of Brian’s life. He was enrolled into a program for hearing impaired children at Ardmore School formerly located at Oxford & Almon Streets in Halifax. He began learning sign language, lip reading and other skills. Brian had no cognitive or developmental impairments. He was very smart and was an exceptionally curious and inquisitive child and with the support of wonderful teachers he excelled in the program. At Ardmore School Brian met many children with his own similarities and their families. Many of those children and their families became life long friends.

When Brian was ten years old he was integrated into the Halifax city school system. With support from itinerant teachers and his devoted family he was able to successfully navigate through primary and secondary schooling. Brian attended Burton Ettinger Elementary and Fairview Junior High schools. He lived a life like every other kid in those schools. He went to dances. Brian loved music. He came from a very music oriented family. Brian was a fan of many genres from rock to rap but the more beat it had, the more he liked it. Kiss Army!

Brian participated in athletics. He played hockey as a young boy and attended many hockey games at Centennial Arena. Brian played in baseball and slow pitch leagues as a young adult. He was an avid and competitive curler out of the Mayflower Curling Club for many years. He and his team competed on a national level. Brian also enjoyed bowling and participated in an annual May long-weekend tournament. He was a lifelong Montreal Canadiens fan. Go Habs go!

He graduated from Queen Elizabeth High School in the early 80’s. Brian went on to successfully complete an Automotive Body Mechanic trade program at Amherst Vocational School for the Deaf and in 1984. It was at the Amherst school Brian first met his former spouse, Dallas Baker. His first job following graduation and where he enjoyed working for many years was with the former Coachworks Limited. Brian continued to work in the automotive repair industry until present day.

Brian and Dallas married in 1988, settled in Halifax and had one daughter, Melissa. Shortly thereafter Brian’s beloved mother suddenly passed away. Brian struggled with the overwhelming loss of his mother. Brian’s life was drastically and permanently changed by her death. Brian managed to adapt to a new normal with the help of friends and family but he never got over losing his mother.

Left to cope with the reality of life without Brian is his only child Melissa Anderson and her fiancée Shawn O’Donnell and grandson Carter O’Donnell (all of Dartmouth NS); his brothers, Tim (Winnipeg MB) and Laurie (Vancouver BC); his sister Helen (Halifax NS); his many nieces, nephews, cousins and other family members; his close companion Tammy Martin and her daughters Vicki and Valerie Witcher (Dartmouth NS). He was predeceased by sister Carol Pelham and brother Stephen Anderson.

Cremation had taken place and he will be interred with his mother at Fairview Lawn Cemetery at a later date. Due to Covid-19 it is not possible to gather to have the kind of service that could possibly celebrate Brian’s life. When life becomes normal again we will announce via Facebook a time and place where we can gather together to share our love and memories of Brian. In the between please send your expressions of sympathy or condolences by mail to:
Melissa Anderson
202 Princess Margaret Blvd
Dartmouth NS
B3B1A5 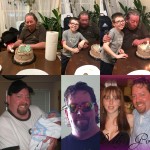 I worked with Bobo many years ago . Bobo was a great guy, always smiling and eager to lend a hand. We often enjoyed a beer or two @ Gus's Pub or the Lionshead on our lunch break. Good memories. Rest in peace ole friend.
- Lorry Conrod
Rest In Peace Brian. Condolences to all the family.
- Richard Longaphy
"Gone from our sight, but never from our hearts." Sorely miss you Bobo Always love you and carry your spirit with me forever Love Tammy
- Tammy Martin
Luv and miss him hopefully we can all be able to get together and celebrate his life
- Derek Goddard
Rest easy guy. You will be miss by all of us the deaf community
- Sarah Hanna
Rest easy my childhood friend.you my be gone but not forgotin.
- Brandon Sprague
Brian was a wholehearted guy who always had a smile on his face. Rest Easy Bobo.
- Rick Hubley
A GREAT GUY WHO I HAD A BEER WITH THE NIGHT BEFORE CHEERS PAL
- Dale Allen