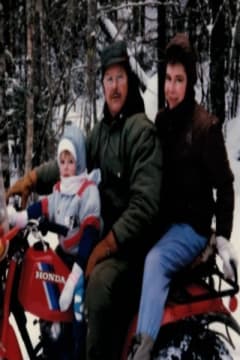 It is with much sadness that we announce the passing of Carman who left us on March 1, 2021 in Windsor Elms. Carman was a hard working farmer, logger and beloved school bus driver. He was a loyal and loving brother, husband and father. Carman was a jack of all trades. Born in East Uniacke, he built the house he lived in all his life with the help of his brothers, and continued to work the land he grew up on. An avid outdoorsman, Carman selectively logged his land as long as his body would let him. Carman also logged, drove truck and operated machinery for Royce Hefler; someone he had immense respect for. A lover of nature, he was an avid hunter and skillful marksman in his earlier years, eventually protecting and feeding deer in his later years. He was someone you could count on when things get hairy. There was no problem he wouldn't take on, no machine he couldn't operate, and no child he couldn't deal with. A school bus driver of 35 years, Carman loved watching the kids grow up. He was first in line to help anyone, even (and sometimes especially) those he didn't see eye to eye with. A loyal brother; nothing was more important than family. He was always there to lend a hand. He wouldn't leave someone stranded. Carman embodied what it is to be a hard working provider; leading by example. It didn't matter how cold, sick or sore, there was always plenty of firewood to heat the house. Carman never sought the spotlight, and enjoyed the simple things in life; a cold Oland's, a feed of lobster, his Honda ATV, John Deere tractor, and his red Ford Diesel towing the 5th wheel. Son of the late Dorris and Lula (Moore), he leaves behind his wife Jacklyn; son Justin (Jessica); brothers Sherman (Frances), Victor and Lester (Theresa); sisters Verna Fast, Maxine Ross and Shirley Wiebe. Also survived by sisters-in-law Thelma, Beulah; and brother-in-law Derrick Morrison; and dozens of nieces and nephews. He was predeceased by sisters Rheta Lawrence, Lillian (Dolly) Van der Mark, Olive (Polly) Levy and Irene Morrison. Also predeceased by brothers Lloyd, Charlie, Gyde and Jamie; mother and father in law, Florence and Walter Bennett. A very special thanks to the always professional Dr. Raj Bhanot, his brothers Lester and Victor for helping out when Carman needed it, and to Mark and Vicki Lynch for keeping the driveways clear and making sure everything was ok. Thanks to Dr. Iona Wile, the staff at Windsor Elms, and Krista Trider for being there for him in the end. He'll be remembered for his hat collection, soft spot for kids and dry sense of humour. A small graveside service will be held March 9th at 2pm at Oakridge Memorial in Upper Sackville. 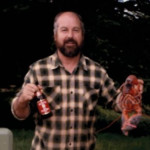 The essence of Carman was his quiet inner peace. Carman met life as it happened - the joyous times and the challenges made lighter with his sense of humour and impish twinkle of the eye. Rest easy Carman knowing your siblings hold you close in memory as in life. Always my little brother, love you forever. Verna Fast
- Verna Fast
Carman, you were my confidant through laughter and tears. Thank you for being there, dear brother
- Shirley Wiebe
I remember Carman at UDS. Always so pleasant and always smiling. Never did I ever see him in a bad mood. The janitors room was there by the girls washroom and if he saw me walking by he would always smile and say hi or throw a joke about being out of class lol. I'm sure he left many warm memories with his family. RIP Carman 🙏💖
- Lori fralic
Rest In Peace, thinking of the family during this difficult time.
- Roxanne Busse
Our son rode on Carman's school bus from the very first day he started school. No complaints from our son - just smiles - when we asked how his trip to and from school was each day. He kept the children in line without any complaints from the children because Carman was polite and the children knew he cared. Takes a special person to handle a school bus full of children and still have the children love their ride to and from school every day. A special quality from a special person.
- Bland
Carman was one of the first people I met when I began teaching at UDS. He was always in a good mood and would often stop by my classroom to check to see how things were going with the kids. He certainly had a soft spot for the kids and he always took time to talk with them when he helped out in the cafeteria. I remember talking with Carman about Justin as Justin was growing up and he kept me up to date on his accomplishments. He was always so proud! Philippe and I offer our sincere condolences during this time of such loss and sadness.
- Nancy St-Laurent
I loved Uncle Carman and his sense of humour. I remember when I was a child listening to Kitty Wells with him and Lester in the kitchen at the farm. I'm sure he got tired of us tagging along behind while he milked the cows and turned the hay after it was cut. RIP
- Debbie Ross
Our sincere condolences to the family . He was a great man . Thoughts and prayers are with you all at this difficult time. Uniacke custodian staff Nancy Clarke, Levinia and Jim Hibberts, Steve Mitchell
- Nancy Clarke
I worked for many years with Carmen at UDS. He made my job so much easier with his amazing work ethic and care for our students. I always knew that the children were in very safe hands when they left UDS. If Carmen thought the parents weren't home when he arrived at the driveway he would not let the child off but bring him/her back to me at the school. This was before cell phones. He would wait till I checked the situation out and would make another trip if he had to. A true caring person. And this happened on many, many occasions. Also, I did back into his bus one afternoon. Carmen got off the bus and asked me, with a smile, "What colour would you like me to paint this bus Barbara?" Never forgot it. Bless the family today and always.
- Barbara Layman
Jim and I am so sorry for your loss. I worked at UDS and knew Carman. Prayers and thoughts go out to all the family. May he rest in peace.
- Sandy Beamish
Everyone thinks they had the Best Bus driver .... nah we had him. Fun times were had on and off the bus. Probably gave me my first ride on a snowmobile. Sometimes I would just stop and help him pile fire wood . Small towns you lend a hand now and then. Chats at school on lunch break and even helped take out the trash just to kill time . He'll be missed by so many family and friends . R.I.P. A life well lived .
- Charles Murray