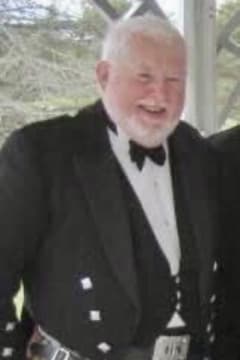 With broken hearts, we are saddened to announce that CJ MacMullin passed away Nov.29, 2022, peacefully with family by his side after a 16-year battle with cancer at Hospice Halifax .

CJ spent most of his working life in the grocery industry, much of it in senior management with Nabisco Brands. He also worked with Canadian Canners, Kraft, and Tree of Life. He devoted much time to charities. His passion was with the Progress Club, where he joined the Halifax Club and eventually served as its president, holding many executive positions. His devotion to this national community-minded charity propelled him to serve as national president and in other executive positions. He was also chair of the foundation and foundation liaison of the national board of Special Olympics Canada. Because of these accomplishments, the Canadian Progress Club awarded him the prestigious honour of life membership and recognized him in its hall of fame.

His career and charity work touched many people, making him a special friend to countless people across Canada. Special mention to friends Michael and Joan Stone (Blackburn, England); Don and Maureen MacKinnon , Allan and Colleen Forward , Robert and Karen Mango and Doug Baker.

CJ lived life to the fullest. He was always generous with his time and very determined to do things his way. He dearly loved his family and friends and was at peace knowing his wife Arlene would be looked after.

He enjoyed golf and was a member of Ashburn Golf for many years. Last but certainly not least, he had a fondness for good Scotch with friends.

At CJ’s request, cremation has taken place, and there will be no visitation. A celebration of life will be announced at a later date.

We would like to thank Palliative Care Halifax, especially Monica and the staff at Hospice Halifax , where CJ often expressed how lucky he felt to stay in their care.