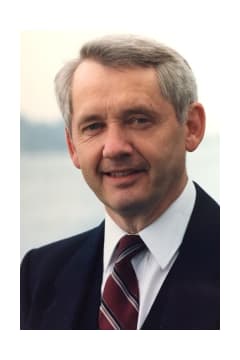 Edward (Ted) Donelan (81) of Dartmouth passed away peacefully Saturday March 21, 2020 with his wife, daughter and granddaughter by his side. He is survived by his wife Emily Donelan; son Edward (Ed) Donelan (Julie Ward) ; daughter Louisa Donelan and grandchildren Haley, Ian, Claire and Lenora and brother Pat Donelan (Pam Donelan).

Born in New Glasgow, Ted had a deep bond with family and friends from there and always considered it home. Here he developed his many artistic talents where he started by singing his neighbourhood friends to sleep through the open window. Beginning in his youth he starred in many Gilbert and Sullivan musicals. With his many years at the movies listening to Fred Astaire and watching the dance moves, he could do it all. He had a captivating stage presence and could soft shoe shuffle with elegance. A friend shared a story of hiding Ted behind the auditorium curtain to sing Elvis songs as their swing band played. The girls were all going wild, we heard. He continued his performances with Dr. Haley at the Acadia Drama dept to much acclaim at the time. He carried his love of music with him throughout his life sharing it with his family going to concerts, listening to records and treating us to his beautiful songs whenever they popped in his head.

He studied drawing and painting with an accomplished artist, his aunt Olive, who had taken many workshops with Alex Colville at Mount Allison. He was a perfectionist at whatever he did and threw his considerable energy and enthusiasm into the task at hand.

He greatly enjoyed visiting little art galleries over the years.

Ted was a teacher of economics, history, and law and department head for thirty five years at Prince Andrew High. He took great pride in his career and the fact he was able to touch so many lives through the years. He was an avid researcher of many diverse topics. He had a gift for the gab and could engage anyone on any topic, be it at school or at the grocery store. He loved to share what he had learned and discuss ideas. His daughter Louisa says her original search engine was called “Ask Ted” because you could ask him anything and amazingly he had the answer. If he didn’t he would get it quickly and with way more detail than you bargained for.

We live on through our children is never more true than with Ted in his love for his son Edward and daughter Louisa. He passed along countless skills and abilities and of course a love of music, higher education and of hockey. I should add humour, he had a sharp wit and eye for irony and the absurd. Both children observed and deliver.

He was a real character. His smile, the sparkle in his eyes, his wit, wisdom and kindness will be dearly missed by his family and friends.

More than anything he was a proud and loving dad and granddad; and devoted, loving husband. We will remember him as the bundle energy he was.

A celebration of life will take place at a later date.