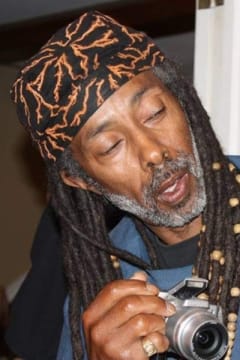 West, Gary “Rusty” Andrew 65, of East Preston, N.S. went home to be with the Lord on Monday, February 15, 2021 at the Victoria General Hospital surrounded by loved ones.
Born in Halifax, and then raised in Montreal, Que., Gary was the son of the Late Charles & Christina (Fletcher) West. Gary worked for VIA Rail for 25 years, after which he started working with his dad at Stathmore, and then he started his own landscaping business which he worked, up until a few years ago, then doing construction work with his brother-in-law, Alfred.
He is survived by his 3 children; Justin (Mehgan) West, Wendel, and Christina West, all of Montreal, Que. Gary is also survived by his sister, Gail (Alfred Colley) West, grandchildren, Oceanelle, Iza Shante, & Dasha Michelle, nephews Gyles, and Raynell. He was predeceased by his parents, Charles & Christina West, maternal grandparents, Arthur & Mary (Allison) Fletcher, and paternal grandparents, Charles & Jessie (Prudence) West and nephew Raymond. In lieu of flowers, donations may be made to the East Preston United Baptist Church, Building for God Fund. Arrangements have been entrusted to Donald K. Walker Cremations. Funeral service will be held on Friday, February 26, 2021 at the East Preston United Baptist Church at 12:00 p.m. Rev. Dr. Joyce Ross Officiating, assisted by Rev. Grace Skeir. Due to Covid-19 restrictions, Guests are welcome by Invitation only. Burial will take place at Mount Pleasant Cemetery, Sackville. 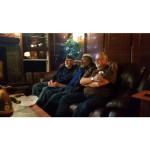 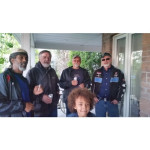 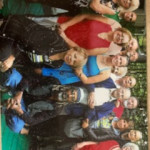 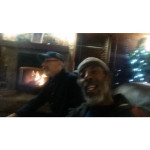 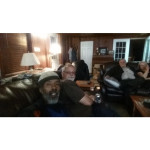 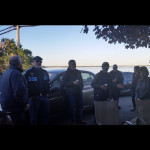 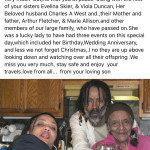 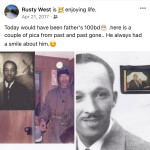 Please accept our deepest sympathies. I have known Gary since I was a teenager. He also worked with us at the Golf Dome for a couple of years.We will miss him. Brian and Clara
- Brian Williams
hey Gary I am going to miss you, you take care and dont let anyone push you around. We had some great fishing experiences up at Barklake. Keep on trucking and build your little hideout wherever you go. Enjoy whatever you do. send us some signs of what you are doing. I will miss your great company . Doug
- Douglas Williams
My"Dear Gary"OMG you definately were a survivor and left A BIG FOOTPRINT!! Being the youngest of a BIG family of brothers ,I can say you have touched each one of us.From the day my brother Gary brought his new friend home when I was @ 5 years old and then met your Mom,Pop and sister to the stories of you two going to your cottage by train or hitchhiking out west , there were many memories shared. Glen told me stories of you and your friends in Toronto who stayed with my brother Reg.You had talks with my brother Lloyd.You showed up when I met my husband to show us you were now a photographer.At your parent's anniversary party,I met your cute and very polite children. You showed your respects at my Dad's funeral. In Nova Scotia , I met your fun-living cousins and I saw how that Scotia Life helped to sculpt your soul. As we slowly aged you re-appeared to work with my brother Brian ,his son Mike and his mother Deanna.You then assisted me at my home when my "Mike" became ill and got to know my kids Martin and Nathalie.You were there for my family on Mom's (you called her that too) 85th birthday and when she passed you helped us put together a nice tribute.You became my brother Doug's cottage buddy and then survived 2 knee surgeries.After all that you still managed to stop in to have a chat on my porch for a beer with your furry friend Trisha and my Buddy.Then it was time for you to go back home to Nova Scotia and did return once but promised you would be back? I will see you again when the time is right so until then enjoy the rest of your journey and say hi to everyone on the way!!! AudreyXO Condolences to Justin,Wendel,Christina,Gail,Jyles and Raynell xoxo
- Audrey Williams
Gary was a big part of the Williams family for as long as I can remember. He will be missed.
- Glen Williams
Rip Cousin Gary glad I spent the day with you watching Biden become President and watching the Raptors game when they won condolences to cousin Gail Justin Ocean Wendel Christina and children will keep you all in my prayers cousin Dina Ryan Brodie and Shannon
- Dina Crawley
Gary-you will be missed. RIP Deanna
- DEANNA BROWN
my childhood friend : 'an unforgettable character'. best wishes to you as you journey on. sincerely, GKW100 <3 🙂
- Garry Williams
Dear Gary, your uncle Vaughn will never forget you and Dad's hunting trips. Some of the stories I heard about them I will always wonder how your Dad put up with. Some were very funny, but you were being Gary. RIP Buddy. We loved you.
- Eleanor West
Cousin Gary I'm forever going to miss you. My earliest memories of you are when you would come to the house with Uncle Charlie n go hunting. The memories and good times that were held by all will be in my heart ❤️ forever. My condolences to the family n friends you have left behind. RIP Cuz
- Donna West