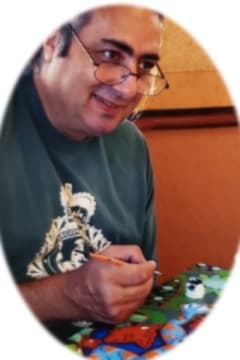 It is with heavy hearts that we announce the passing of Joseph Douglas Purcell in the morning hours of Friday October 16, 2020.

Joseph, known to many as Joe Black or Uncle Joe, was raised in the Acadian Village of West Chezzetcook, Nova Scotia. The son of Howard and Dalphine Purcell, Joe grew up surrounded in his community by what Joe would lovingly referred to as, “his people ''. Joe was given the gift of being able to capture his love for his community and love of nature through his artistic abilities; he attended Nova Scotia College of Art and Design, graduating with a Bachelor of Fine Art with a concentration in Art Education. He won the Mackenzie Scholarship Award upon his completion of his education.

During his young years, Joe spent most of his time surrounded by family and friends; many of those years were spent at his camp in Mill Lake. Joe loved to be around all the elements of nature which were the foundations for all of his art pieces. Throughout the years Joe worked several different jobs; he was passionate about his work as an Artist but his fondest times were the years he taught in the school systems. He started his teaching career with long-term substitution within Dartmouth and the Eastern Shore school systems. His most cherished teaching experience came in his later years of his teaching career when he had the opportunity to live in Fort Simpson, N.W.T. While living there, he fell in love with the people, the land and the culture. Joe’s biggest wish before leaving this world was to visit his northern home, one last time.

Joe met the love of his life, Jacki, in 1973. They married and raised their three children, Gabriel, Hannah and Elijah, in Grand Desert, Nova Scotia; Joe loved his family and was proud of his children and their success in life. However, Joe’s greatest love came with the birth of his grandson’s, Cillian and Faolan. Whenever he could, Joe would spend his time with his grandsons, and adored them more than anything else.

With his eccentric personality throughout his life, Joe dabbled in many different interests including amature entomology; having a wealthy collection of insects from across the world. Joe also adventured into woodworking and reenacting with him assuming the role of The Scout. Joe was truly cherished among the people in his community and loved being among them. His ability to tell stories and connect with others was truly incredible and a natural talent of Joe.

We would like to sincerely thank the entire Palliative Care Team for the exemplary care provided to Joe. We’d also like to thank the community Team, in particular Shannon, and the unit staff doctors, nursing and support staff - all cared for Joe with professionalism, respect and love.

Joe is predeceased by his father, Howard and mother, Dalphine (Bellefontaine). Survived by wife Jacki (Baker), children Gabriel (Kirsten), Hannah and Elijah (Shelley). His grandchildren, Cillian and Faolan. Brothers Gary and Murray, cousin Thomas (Shirley), his 2 nieces and several nephews. As well, he is also survived by many of his cousins and relatives in his community.

On Monday, October 26th a public Celebration of Life will be happening at Ste. Therese Community Centre in Grand Desert starting at 3 with a private service being held at a different time. Due to Covid-19, there are limited spots available for the service in-person. A link to the service will be shared on social media for all to join. 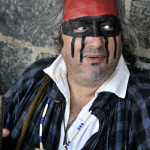