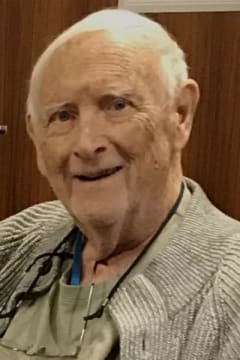 Nathan, age 81, passed away peacefully at home in Dartmouth on December 6, 2020, surrounded by his loving family.

Nathan (Nate) was born and raised in Topsail, NL. Growing up, he had a head for numbers and started his career as an auditor with Revenue Canada Taxation, (Canada Revenue Agency) in 1967. After earning his degree as a Certified General Accountant in 1970, he worked his way through the ranks which included moving his family to Sydney and then Dartmouth Nova Scotia, where he retired in 1995 as the Director of the Halifax Tax Services Office (Canada Revenue Agency).

As an avid golfer, Nate was a member of the Hartlen Point Force Golf Club in Eastern Passage where he enjoyed many rounds of golf. He loved many family vacations to Prince Edward Island and one of the highlights was his hole-in-one at Stanhope Golf and Country Club. As the cold Atlantic weather approached (he truly disliked winter), he was lured south by the warm weather of Florida. Nate loved planning his yearly trips to Florida with his wife Shirley until her passing and then with Gail until 2016.

Cremation has taken place. No service at his request.

Donations in Nathan’s memory can be made to a charity of your choice. 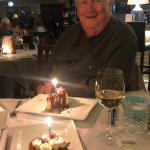 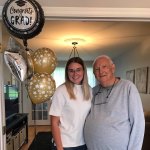 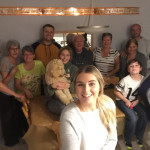 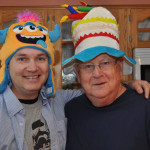 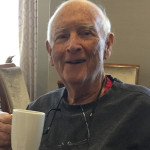 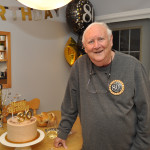 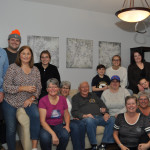 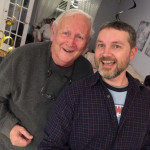 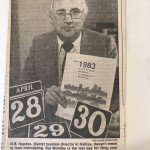 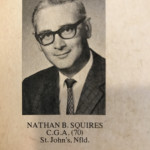 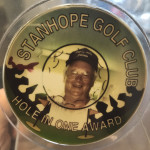 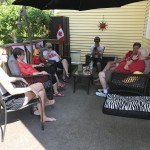 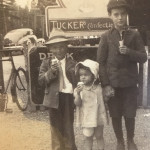 We were very saddened to lose Nate, but also stunned by the quickness of it. He was a strong and able man. We especially enjoyed the very fond way in which he looked at his grandchildren, his joyful story telling with his bigger than life smile, and his willingness to stand up and sing at the wedding of our daughter and his son. He loved his golf and Florida's warmth, but the losses he suffered were hard on him. While we will greatly miss his pleasant companionship, we will continue to enjoy the Newfoundland food that he and Keith have introduced to us. Christine and Lynn Mason
- The Masons
My most sincere condolences to Nate's family. He was a real pleasure to work with and was such a fine man. I was very sorry to hear of his passing.
- Ken horton
Our Sincere Condolences and Love to Debbie, Lynn, Karen & Keith and their families. Our family had the pleasure of knowing Nate some 15 years ago when he and our sister Gail became a happy couple. Nate always welcomed us into their home for a lovely meal or just a visit to talk about Newfoundland or their many trips to Florida, and Nate was always welcomed in our home. Nate was a very kind and caring man and we appreciate the love and care he gave our sister Gail when she was so very ill. Nate loved his family and was proud of all the grandchildren. We will always remember Nate's big smile and he will truly be missed by all who knew and loved him. Love Faye and Gerald Hazel and family
- Nathan Squires
Nate was our neighbour for twenty years - fine person, fine family and fond memories. sincere condolences to all of the family.
- Madeline Conrad
My condolences to Nate's family. I had the pleasure of working with Nate when he was in the District office in Halifax with CRA and I was on language training with him. Will never forget Nate practising his French by ordering Haddock at the Lower Deck from the French speaking waitress. He mastered this part of his language traing. I will remember him fondly as a genuine, humourous and fun loving colleague. Again my condolences on your loss.
- Dan Woodin
Our thoughts and prayers go out to Debbie, Lynn, Karen , Keith and their families. He was a wonderful man with a great sense of humor. He always made us welcome in his home. God bless and stay safe.
- Tony Thompson
My condolences on the loss of a fine man. He had a wicked sense of humour and always had time for at least a wink and a nod on a busy day.
- Sandra Blenkhorn
Want to send our heart felt condolences to Debbie, Lynn, Karen , Keith and their family's. We spent so many good times with your Dad. Vacations and visits to his home . We have so many fun stories . Hope to share them with you in future.Stay strong and safe in these tough times.
- Jim Thompson
Debbie, My deepest sympathies to you and your family on the loss of your Dad. I remember him well from working at CRA. He was a very nice and well respected man. Take care, Darlene
- Darlene Kenney
ENJOYED ARE MANY TALKS ABOUT NEW FOUNDLAND & FLORIDA
- JACKIE COOPER
My memories with Nate were the years My Husband Ken and he worked together at National Revenue, Income Tax division and the get togethers we had at Christmas time. My sincere condolences to all the family. Una Hingston
- Una Hingston