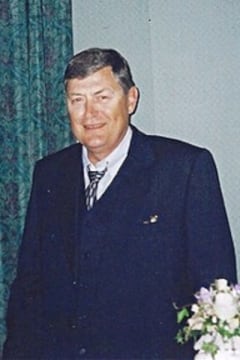 It is with great sadness that we announce the sudden passing of our brother, Paul A. Godwin, at his home in Dartmouth, Nova Scotia on September 11, 2020. Paul is the son of the late George Godwin and Aileen (Purcell) of Halifax, Nova Scotia.

He is survived by his sister Louise Colville (David), brother Peter (Karen) and sister Maureen MacAvoy (Greg) and nieces and nephews and great nieces and great nephews.

Paul loved to hunt and fish and cherished his memories with his favourite uncle, Charlie Purcell, who introduced him tall tales of the hunting and fishing world! Paul was an outdoorsman and also enjoyed sailing. He was an avid curler In his younger years and continued to follow the sport with keen interest throughout his life along with golf and football .

The family would like to especially thank Robert Connors and Bob Sheehan for their lifetime friendship, especially for all their help during the past few years of Paul’s decline in health. Also special mention to our cousin Darrell Burke, who was more like a brother to Paul and was always there for him when he needed a helping hand.

Keeping with Paul’s wishes there will be no visitation with internment at a later date. 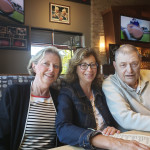 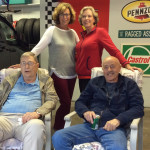 Louise, Maureen and Peter, I'm so sorry to read of Paul's passing. I'm sure it's not easy for any of you to lose your sibling. Though I really didn't know Paul at all, I always felt as if he was a "larger than life" presence. The term "gentle giant" in the obit seems very appropriate. I hope that you're all doing well during these surreal times and that we may have the opportunity to cross paths again in the not-too-distant future. Take care of yourselves and each other. Your cousin, Susan
- Susan Godwin
Paul was like a big brother, taught me to play black jack, poker- for pennies. He and Darryl pulled lots of pranks at Brookside! A superb story teller, he was interesting and funny, especially regarding his time with Esso in Saudi Arabia. I still have coins from his world travels. Time for rest, Paul, illness free...
- Pat Whalen