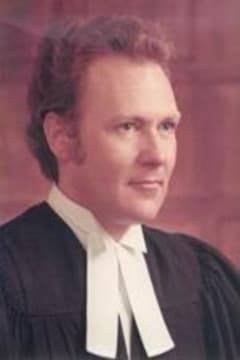 William Alexander (Bill) Sutherland, Q.C. of Halifax passed away July 24, 2021. Born in Pictou, N.S. he was the son of the late Russell and Mary (MacHardy) Sutherland. Predeceased by his brothers Hugh and Fraser, he was the last surviving member of his family.

Bill grew up on the family farm in Scotsburn, graduating from Pictou Academy, and moved to Halifax to work with Maritime Telegraph and Telephone Company. He earned a Commerce degree at night from St. Mary’s University in 1968. He graduated from Dalhousie University with a Bachelor of Laws degree (1971), and completed his articles with MacKeigan, Cox, Downie & Mitchell. After admission to the Nova Scotia Bar, Bill practiced law in Halifax for several years with John Buchanan & Associates, as well as in his own private practice.

From 1993 to 1994, Bill studied International Law at the University of Detroit Mercy, graduating with Juris Doctor (JD) Law degree. He moved to Florida, became a member of the Florida State Bar, and practiced law there for 2 years. Retaining his membership in both the Florida Bar and the Nova Scotia Bar, Bill returned to Nova Scotia, working as a member of the Nova Scotia Legislative Counsel Office for 2 years. He then established a private law practice in Halifax, retiring in 2016.

Cremation has taken place. A graveside service for family and friends will be held later in the year in his native Scotsburn, Pictou County.