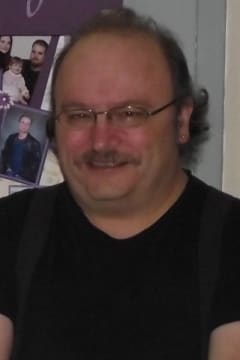 Born in Halifax he was the Son of Helen (Boutilier) and the Late George Walters.

Billy was a valued employee for many years at LakeCity Woodworkers where he refurbished Computers and worked in Customer Service. He enjoyed the Staff and Customers immensely and would speak fondly of them quite often.

He was predeceased by Brother Brian Donald Walters.

A Heartfelt thank you to Dartmouth General Hospital and LakeCity Woodworkers.

In lieu of flowers, donations may be made to the Canadian Cancer Society.

Condolences to Aunt Helen and all her children in the passing of Billy. He is no more pain and in a place surrounded by dearly departed family in the Kingdom of Heaven. Hugs to you all. Condolences to his wife and daughter and all his friends who loved him.
- Richard Lawson