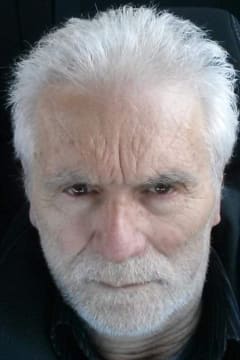 Age 68 of Halifax, passed away peacefully on January 15 in the palliative care unit of the Victoria General Hospital after a brave battle with cancer. Born in Drnis, Croatia he was the son of the late Ilija and Milica Colovic. After the war in Croatia, Branko and his family moved to Canada in 1996 to start a new life. He spent the first part of his career working and travelling all over the world with the engineering firm, Geotehnika, of Zagreb. Once his family settled in Canada he worked for many years for Swiss Chalet and in more recent years he really enjoyed working for Atlantis Limousine, and especially with the owner Ziko who Branko referred to as his brother, as well as Mario.

Branko loved spending time with his beloved dog Bruno, and they spent a lot of time walking and visiting the dog park. He even received a surprise visit from Bruno during his last days at the hospital. He passionately enjoyed watching the Croatian team play at the World Cup and was very proud when they won second place in the World. He also enjoyed watching tennis and especially his favorite, Djokovic.

He is survived by the love of his life for the past 43 years, Stana, and his loving daughter Nina, both of Halifax. He is also survived by his sister Mara (Croatia), sister-in-law Biljana (Marin), sister-in-law Silvana (Josip) and nephews Frane, Bepo, and Vito, all of Croatia.

Cremation has taken place. A memorial service will be held at Rockingham United Church, 12 Flamingo Drive in Halifax on Thursday January 26 at 1:00pm. Reception to follow at the church. A private family burial will be held at a later date.

Special thanks to the nurses and staff at the palliative care unit of the VG.

Family flowers only. Memorial donations can be made to Pancreatic Cancer Canada