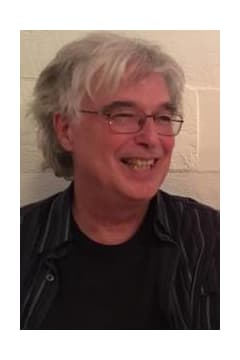 Paul was born in Victoria BC on August 11,1952 to Ruby (Scott) and Tom Cram. He grew up in Vancouver playing sax and clarinet professionally before earning a Bachelor of Music from the University of British Columbia. Paul toured Canada extensively and co-founded several cutting-edge orchestras including the New Orchestra Workshop in Vancouver, Hemispheres in Toronto and Upstream in Halifax. Globe and Mail Music critic Mark Miller described Paul as "one of the rare musicians around whom ‘scenes’ seem to coalesce— his contribution as a leader, saxophonist and composer to creative music across Canada is immeasurable."

In 1990, Paul settled on the East coast with his wife Mary Vingoe where he co-founded and later became Artistic Director of Upstream Music Association, dedicated to new and improvised music. A prolific composer, he led ensembles and the Paul Cram Orchestra to festivals across Canada and abroad. Paul also wrote for television, film, theatre and dance. In addition to winning the prestigious FIPA D’OR (France) for his work in film, (One Heart Broken Into Song) and several nominations and a Merritt award (Refuge) for his theatre work, he was nominated many times for Juno and National Jazz Awards. His recordings include Blue Tales in Time, Beyond Benghazi, Campin Out and Live In Lisbon.

Paul was a loving father to and enormously proud of his daughters Katharine, a visual artist and Laura, a theatre director.

Thank you to our long-time physician Dr. Kate McCormick as well as Dr. Claire Nowlan and the wonderful staff at Oceanview for their kindness and support. Cremation has taken place.

There will be a celebration of life on Tuesday March 27 at the Halifax Music Co-op at 7pm. All are welcome. In lieu of flowers donations can be made to the Alzheimer’s Society of NS.